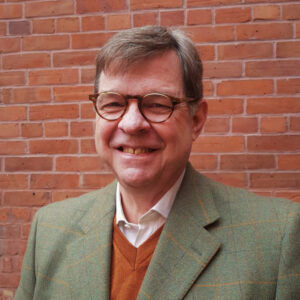 Johan van ‘t Hof, CPA, CA is a chartered accountant and the CEO of Tonbridge Corporation which he co-founded in 2003. From 2005 to 2011 he also served as President and CEO of Tonbridge Power, an incubated company of Tonbridge Corp on the Toronto Stock Exchange. In that capacity, he led the team in successfully achieving six major environmental and system stability permits, and closing seven financings for a total of $250 million, including a $161 million senior debt facility under the Obama US Stimulus Act, and initiating construction. During that time Mr. van ‘t Hof has testified to the US Senate on transmission policy, and to the Canadian Parliament on environmental regulatory policy. Tonbridge Power was sold to Enbridge for an enterprise value of close to $300M. Prior to that he was a partner with PricewaterhouseCoopers for ten years. From 2012 to 2015 he acted for a wood pellet biomass company, securing all construction and environmental permits, all fibre supply, logistics contracts, EPC design and agreements, and arranging debt and equity for closing of a total of $100M. Since then, he has been CEO of energy development company, specializing in replacing diesel generation in First Nation Communities with cheaper renewable alternatives.

Currently, he is on the board (and chair of the audit committee) of the Greater Toronto Airports Authority, on the advisory board of Crystallex Corporation, and has served on nine other public, private commercial and not-for-profit boards. Mr. van ’t Hof has been a special lecturer at the University of Toronto for years, and has taught at the University of Waterloo, as well as for the Ontario Institute of Chartered Accountants final graduation programme. He is a Canadian and Dutch citizen with languages including English, Dutch, French and German. Mr. van ’t Hof received a Bachelor of Commerce and an M.B.A. in finance at the University of Toronto and completed the Project Finance Program at the Amsterdam Institute of Finance.