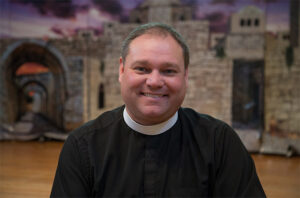 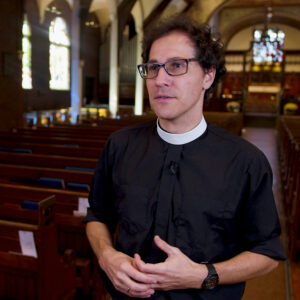 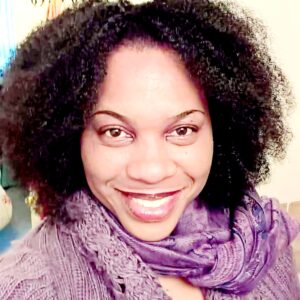 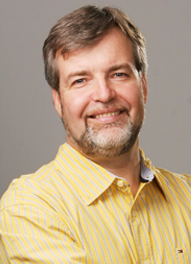 Robin began his career as a church organist at the age of 15 in the local Anglican church.  In a career spanning 5 decades, he continues to share his passion for the opportunity to lead and inspire others through the power of music in worship.  Robin joined the staff at the then St. Simon’s in 2011, following positions in several other Anglican and one United church in the Toronto area.  He is a graduate of the Faculty of Music, University of Toronto in Organ Performance, studying with John Tuttle. 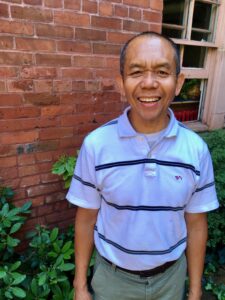 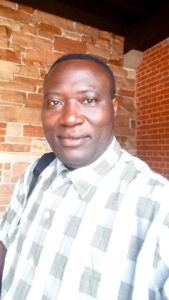 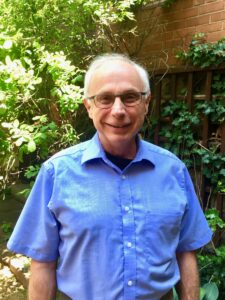 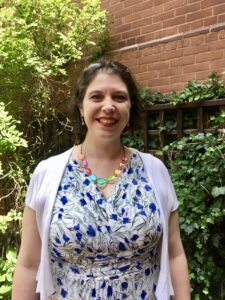 Vanessa joined the parish by accident on Christmas Eve 2015 when the choir didn’t have enough sopranos to properly shake the windows with the really good descants. Her exuberant voice and personality have been a fixture of SPSS ever since.

She participated in the first England Choir Tour in 2016 as Chorister At Large, and acted as its Crisis Operations Manager while on tour again in 2019. She served as Deputy Rector’s Warden before being elected Peoples’ Warden for the 2020-2021 period.

Vanesa graduated from Trinity College, University of Toronto in 2003 with an HBA in Specialist English, Major Linguistic Anthropology. Professionally, she can edit your text to make it do what you would like it to do for the reader, will teach you the technical nitty-gritty of any problem until you understand it well enough to teach it correctly to someone else, and encourages everyone reading this to please check your financial statements monthly.

As Warden during a global pandemic, Vanessa also encourages you to wear a mask and please wash your hands as often as a raccoon. 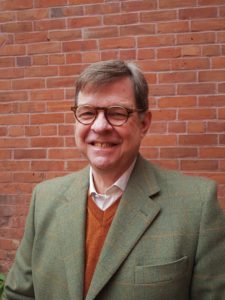 The Rev. Canon Geoffrey Sangwine, Genesis 22.1-14, The Lord will Provide 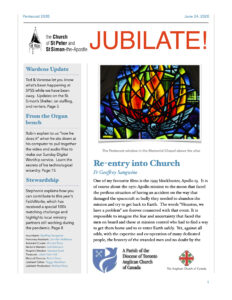